This FOCUS FORCE Kids With A Camera didn’t have to go far to capture her idea of what the day is all about. 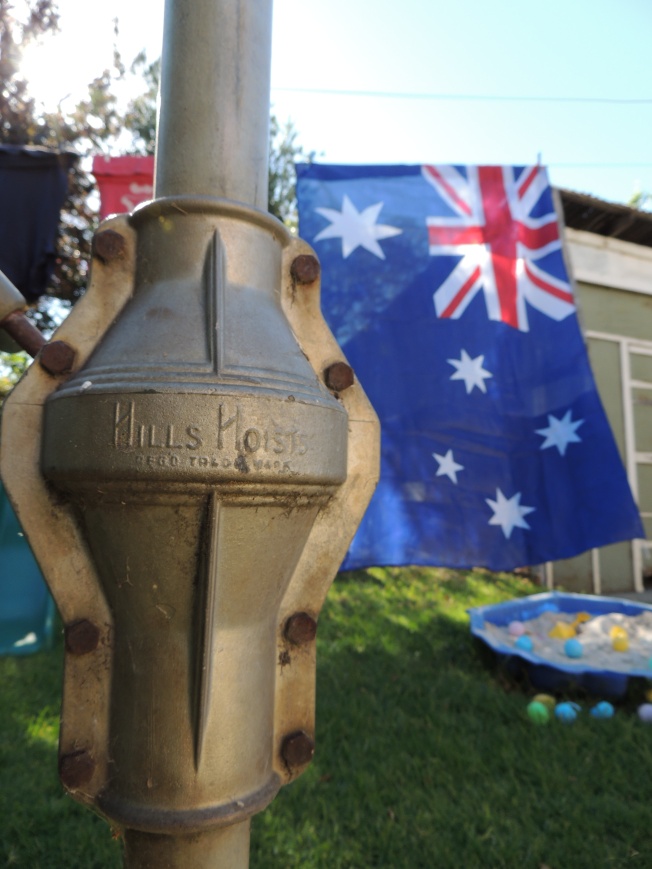 Chelsea didn’t go any further than the family backyard to find the image that she felt reflected her idea of an OZ DAY photograph. And, how true blue that was. The Hills hoist is part of our history, and in its time an all Australian manufactured icon. Here, flapping in the wind the flag with the Southern Cross is draped from the wire. When it was first created, the purpose was to hang out the washing to dry. And, in many backyards like this is still stands the test of time and does the job.

The photo has the all the components to be the concept for an ad campaign, and the use of imagination and thought has earned this its own place in history on the FOCUSFOR website. Chelsea has continued to show of her inspirational work with this idea.

Sadly, like many of our inventions it has been bought by overseas interests and no longer is Australian owned, but it still remains proudly an Australian icon.

SOON TO COME. Over the coming days and weeks there is hoped to be a number of projects and activities for the FOCUS FORCE Kids With Cameras that will excite and inspire the Kids With Cameras.

ROCKLEY FLOWER FOTO EXHIBITION & AWARDS are now in the final stages of preparation for 2014, and you’re encouraged to keep an eye on the site for updates.

No matter what happened in the past- today is one for us in this great country to look forward to the future. Recent events in Melbourne, where Cooks cottage was vandalized was not a protest, but an act of just that; vandalism. We, as a country have to be much to be proud, and not to be constantly ridiculed and condemned for the past. Today, we are responsible global citizens, taking action to save the environment and helping looking after those less fortunate than ourselves. Our aid and money is made available whenever there is disaster in all parts of the globe whether it be earth quakes, floods, fire or famine. At home we strive to live in harmony with all those around us, and work for the betterment of our society as a whole. You are Australian no matter whether you were born here or have adopted the country, so be proud of it and wave the flag with pride.

CATCH THE CELEBRATIONS ON CAMERA.

Although not an official CAMERA CHALLENGE, its just as important to have your camera at the ready and capture those memories for your album of family history.

For the second time in only several years bushfires are throwing their unrelenting destructive power on the Grampians areas of Victoria’s south west. The bushland beauty  is feeling the treacherous impact of ferocious leaping flames. The skies are full of burning embers, and ash with the sun being blotted out by choking smoke that puts an orange veil over its blistering light.  Halls Gap, Pomonal and Dunkeld are all feeling the impact with one life claimed at a small place called Rosies Gap. Each of these areas have schools where the FOCUS FORCE FOTO WORKSHOPS have been held. All Victorians, and Australians together feel for their plight, as we do for all others in the same position including those in the Gippsland region through this treacherous period. 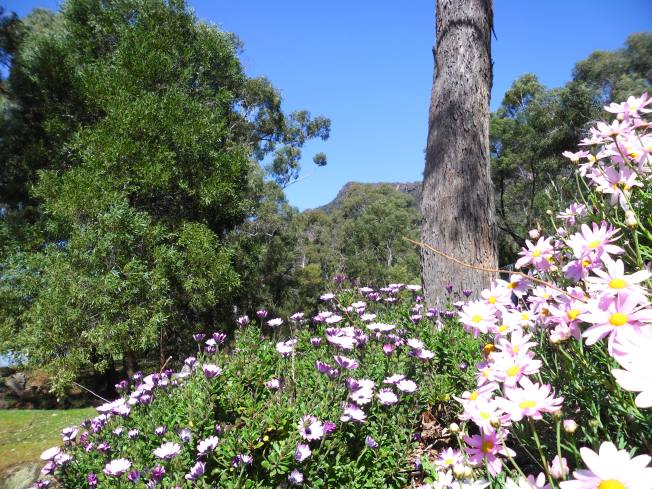 A gumtree, surrounded by garland of wildflowers not far from the gates of Halls Gap primary school waits for the treacherous flames to potentially engulf the tiny tourist town in the heart of the Grampians. A mecca for holiday makers and visitors, the scene is subdued and quiet as they and all except for firefighters and a handful of local residents remain in a valiant attempt to beat the onslaught. Our thoughts and support are with them offering what help we can. 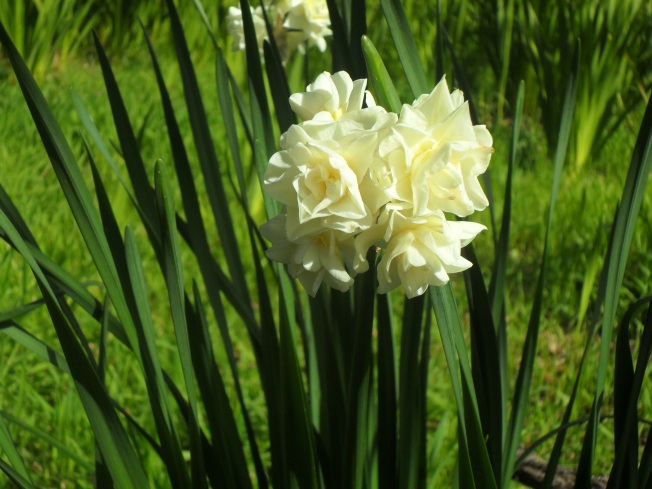 Wildflowers like this abound in the area of Pomonal as they do all parts of the Grampians attracting people from all over to visit the many beauty spots of the district. The small place with no more than the school with just on 30 students and the local store is a centre of community spirit. At this time, they will need all they can muster to beat the wrath of the flames. Although we know in the long run the spirit and courage will win through. 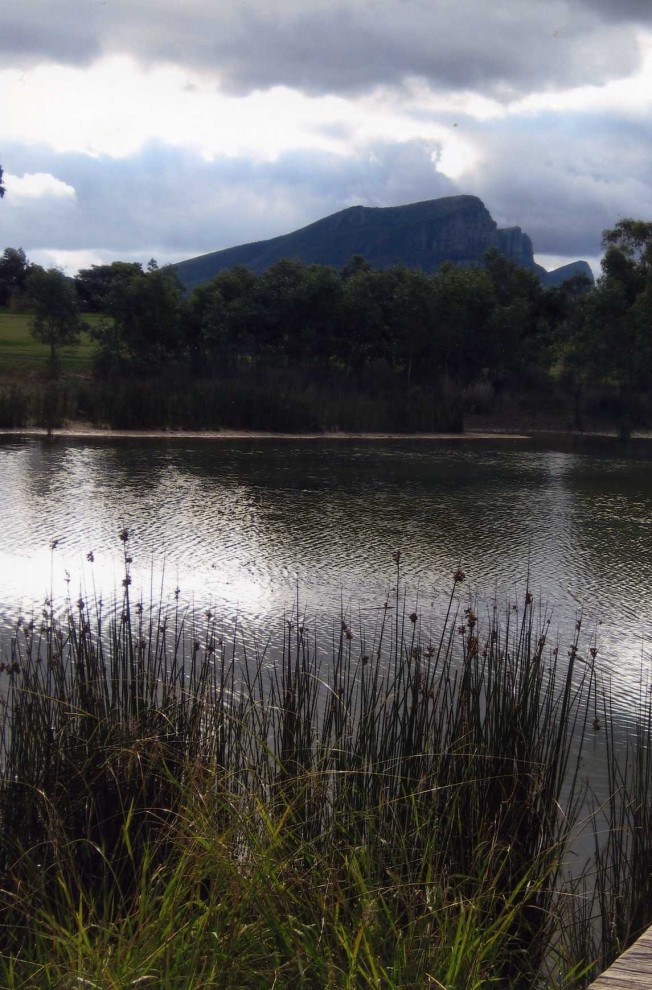 DUNKELD’s Mount Abrupt stands tall in this image overlooking the landscape. The protection and relief water brings all year to all of us, but especially to those on the land, and even more so during these trying times.

SPARE A THOUGHT FOR THE FIREFIGHTERS. On the days where the mercury soars we all head for the comfort of the aircon and the coolness of the water. These brave men and women put that all behind them and think only of the others whose property and lives they fight to protect. They have a task that puts their lives at risk to save others. We are indebted to them and their selfless courage as they spend hours at the firefront going without sleep and regular meals during their tour of duty. Many of them have travelled many k’s from their own homes and families leaving them sometimes in harms way

The images portrayed here captured by Kids With Cameras as part of FOCUS FORCE FOTO WORKSHOPS show the splendour of the flowers of the mountain range and surrounding plains. Flowers that capture the beauty in all their glory. Much of it at this time ravaged by natures elements, but like times before they will return with their own vibrance, bringing new life to the environment.

Now Chelsea will return to where it all started for her at the 2014 MELBOURNE INTERNATIONAL FLOWER & GARDEN SHOW where she will proudly see her SUPER SHOT choices exhibited there. Her JAS AWARD CERTIFICATE will be presented there.

Above. Image shows a framed boat through the wire from the bridge over the Yarra river at Fairfield park and boathouse. 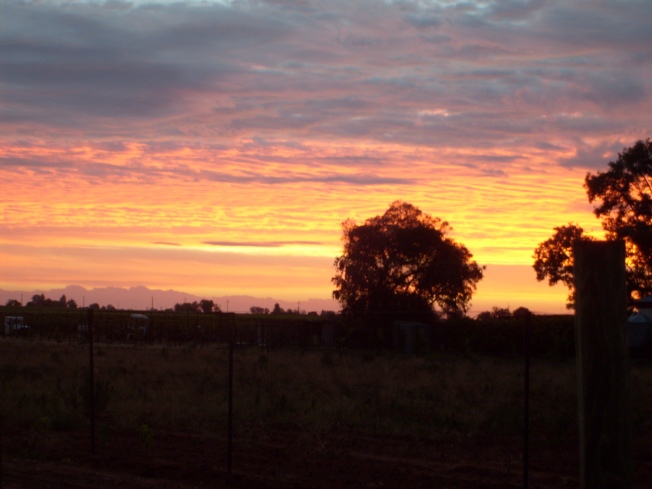 The sun is about to dip into the horizon, and a new year and era dawn. With January will come the gaining of the 5000th view of the site. Not a lot by many others standards, but for the FOCUS FORCE Kids With Cameras something to shout about, and BEAT BIG TIME in 2014.  What we are really thrilled about is that for the third year running we have beaten the previous numbers. And that’s a big deal for the    FOCU S FORCE Kids With Cameras.

Once again we feature the sunsetting over he Darling River as our farewell image for 2013. Goodbye ’13 Hello ’14!